The future is electric

Home Economics The future is electric 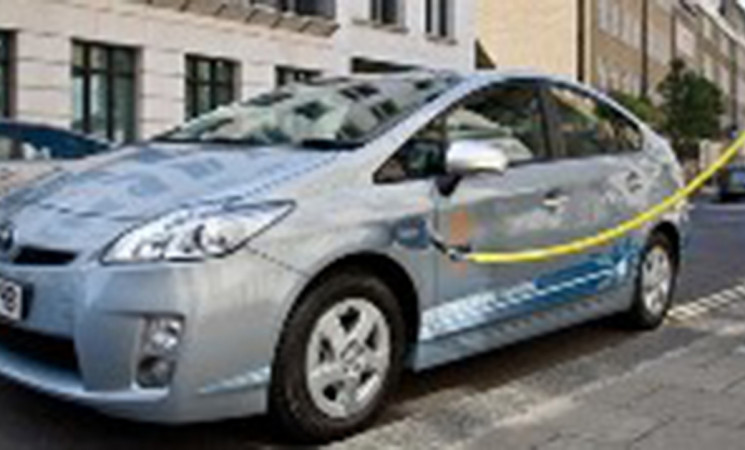 The future is electric as 2.1m from Europe is spent upgrading infrastructure for electric cars

Ireland South MEP and member of the European Transport Committee Deirdre Clune has said that the future of our car industry should be electric. Speaking as she met with members of the ESBs ecars team at an event to showcase a number of infrastructure projects that received EU funding, MEP Clune told how the ESB have received 2.1 million euro in EU funding to develop 46 new fast charge points for electric cars across the island of Ireland.

These charge points are installed and ESB are now partners in the Rapid Charge Network project which will see further electric vehicle charge points rolled out across the UK and Ireland. Fast charging allows drivers to extend the range of their electric vehicle by up to 130km in 20-25 minutes. It will facilitate longer distance, inter-urban travel, and reduce any 'range anxiety'.

Commenting on the project, Deirdre Clune said that electric cars are something that we need to put more focus on,

"I welcome the increased take up of electric cars, which while small in the context of the overall car market, is significant in that it is helping Ireland to meet our ambitious EU emissions targets. Sales of electric cars in 2015 have grown rapidly with almost 400 being sold in the first 6 months of 2015. We still have a long ways to go but this could be the start of a move towards a cleaner and greener kind of car.

"The ESB currently has 1200 charge points across the island of Ireland covering every county and all major cities and towns. The EU funding of 2.1m allowed the ESB to roll out 46 additional fast charge points. As well as this, the ESB have committed to installing free charger units in the homes of the first 2,000 people to buy electric cars in Ireland.

"As most people would charge their cars at night, a time when industry is using less electricity, we could generate much of the car charging capability from wind energy. The project to install 46 new fast charge points was a cross border collaborative project between the ESBs ecars division and the Department of Regional Development in Northern Ireland.