The Mediterranean will become Europe's graveyard, if we don't act!

Home People The Mediterranean will become Europe’s graveyard, if we don’t act! 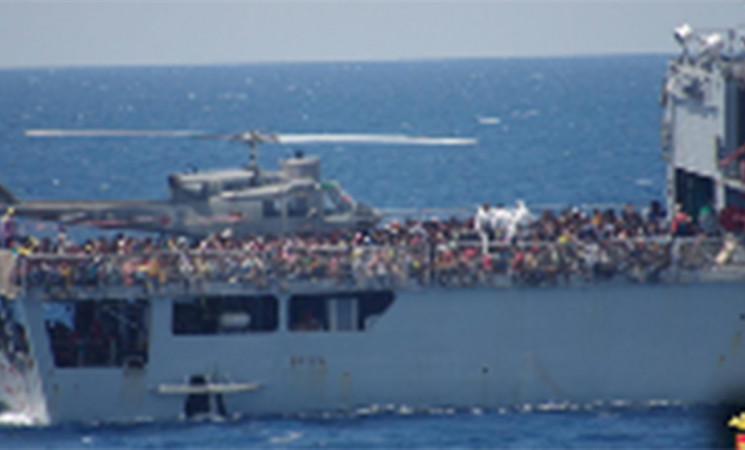 As Ireland enjoyed the June bank holiday weekend, 5,000 desperate migrants from Libya were rescued as they attempted to cross the Mediterranean to Europe. 17 of them never made it and their bodies were recovered by rescue divers yesterday. Ireland South MEP and member of the Pan African delegation of the European Parliament Deirdre Clune has described the situation as tragic, unacceptable and has called for immediate EU wide action.

"It is clear that recent actions agreed by the heads of EU member states are not sufficient to prevent the Mediterranean from becoming Europe's graveyard! 5,000 migrants have been saved in the Mediterranean in the past three days by British, Maltese, Belgian and Italian vessels with support from Icelandic and Finnish planes deployed in an EU operation called Triton. German, Irish and Danish vessels were also involved in the weekend's operations including the LE Eithne who have rescued hundreds of migrants since last Thursday.

"The rescue operations, which began last Friday, involved migrants who departed from Libya on 25 boats. During the incidents, the rescuers also recovered seventeen bodies. The migrants were brought to Italian ports where they will be provided with shelter and food.

"Today, there are currently five new rescue operations on-going that involve more than 500 migrants. Since the beginning of the year over 36 000 migrants arrived in Italy, this figure does not include migrants rescued this weekend.

"It is clear that we need immediate EU action which is based on each country in the EU taking in its fair share of migrants. Our Italian neighbors cannot be expected to bear the brunt of this influx on their own. We also need to step up negotiations with third party countries to take coordinated action against those people smugglers who are charging people to cross in unfit and unsafe boats.

"We must show humanity and help those who are desperate to escape the ongoing conflicts in countries like Syria, Libya and other countries in Africa. I am calling on the European Council to take more decisive action to stem the flow of migrants and deal with the existing migrants who have already landed on our shores.