Liam Cosgrave: A commitment to public service and unquestioned support for the institutions of the state.

Home Political News Liam Cosgrave: A commitment to public service and unquestioned support for the institutions of the state. 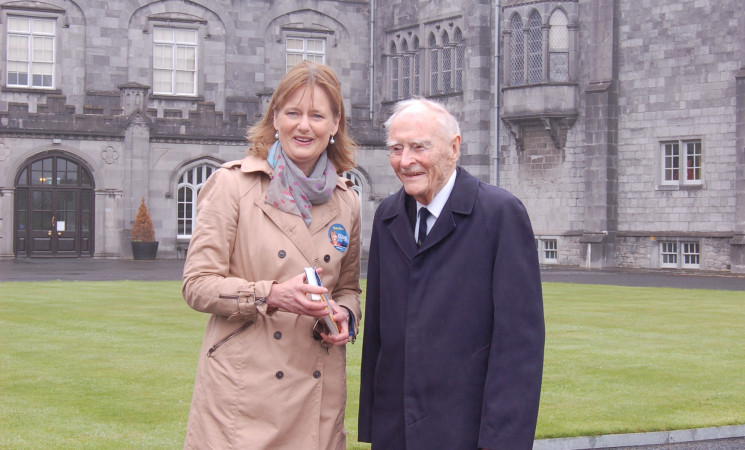 Liam Cosgrave: A commitment to public service and unquestioned support for the institutions of the state.

“Today is a sad day for all of us who knew Liam Cosgrave. Today we have an opportunity to celebrate his life, his never ending commitment to public service and his unquestioned support for the institutions of the state.

“My families connections with the Cosgrave’s go back a long way. My grandfather Anthony Barry was WT Cosgrave’s “man in Cork”. Both men were good friends both socially and politically. My father Peter Barry served in Liam Cosgrave’s government from 1973 to 1977 during very difficult times for our county. The violence of the troubles and the repercussions of the 1973 oil crisis dominated the agenda. My father had an enormous liking and a huge respect for Liam Cosgrave, he never spoke much about his time in government but my father Peter’s admiration gave me an insight into the strong role Liam Cosgrave played for the state at that time. They remained in regular contact over the year’s right up to the time of Peter’s death last year.

“The late Liam Cosgrave arranged to meet me in Kilkenny during the last European elections to support my campaign and told me he wanted to play a part as the Barry’s and Cosgrave’s go back a long way and he was grateful for the friendship and loyalty the two families shared.

“Following my election as an MEP, he rang to congratulate me and reminded me that it was the Fine Gael party members that ensured my election. I was very conscious of that fact but that call reminded me of the similar values we both shared.

“I am privileged to have had a connection with former Taoiseach Liam Cosgrave and wish to extend my sympathies to his family and friends at this time.

Previous article Calling on the Minister not to increase the 9% VAT rate! Next article We need to talk about mental health!