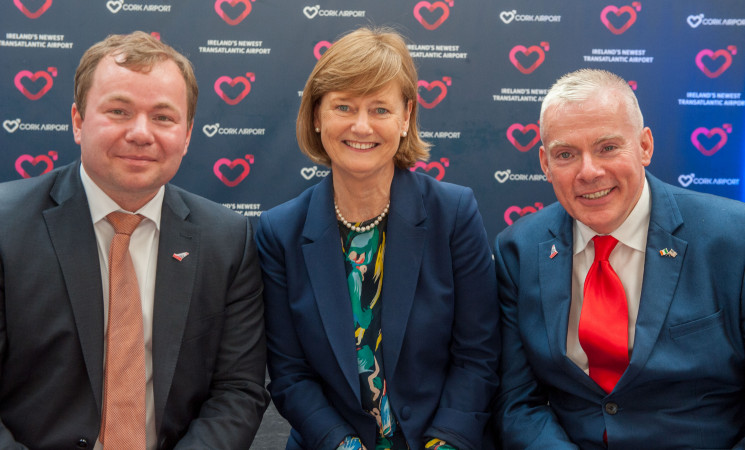 Total employment at all Irish airports is 143,745, with 21,635 people directly employed according to the report. Overall 267 routes are served by the airports.

The report said that 85.5% of all passengers come through Dublin airport and it is the 19th most connected airport in Europe. Cork accounts for 6.7% of passengers and provides a €727 million economic impact to the economy. Cork Airport employs 10,710 people, with 1,920 people directly employed. The most popular route at Cork airport is Heathrow, followed by Stansted and then Amsterdam.

I have again called on Cork Airport to consider reintroducing the Amsterdam flights they cut earlier this year as it is a vital for connectivity into and out of Cork. Aer Lingus reduced the number of flights operating on the Cork-Amsterdam route.

The Cork to Amsterdam Schiphol flight is a vital route for the Munster region, providing connectivity and access not only to Amsterdam, but also to onward flights through this international airline hub as well as excellent train access across Europe through Schiphol Airport Railway Station. The latest figures show that it is the third most popular destination for travellers at both Cork and Dublin airports. A recent report also showed that Amsterdam is one of the best connected airports in Europe.

The figures show that there has been growth of 45% in passenger numbers at Irish airports since 2012 and 96% of this growth has been at Dublin Airport. We cannot ignore the other Irish airports when it comes to investment. They all play a vital role in the economy and this is evident from the figures.