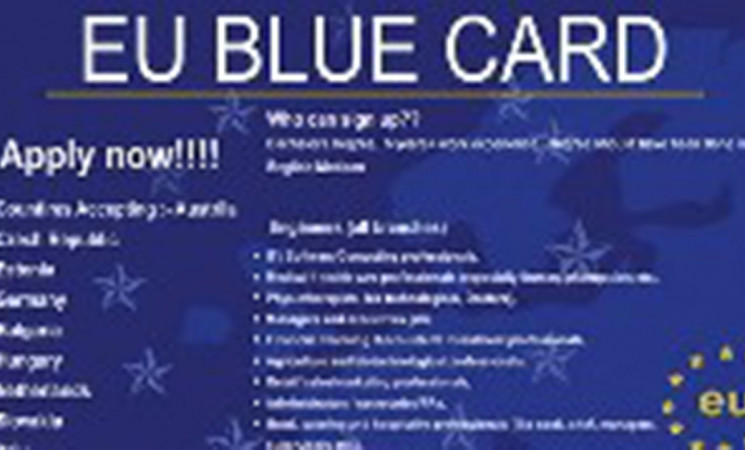 Fine Gael Ireland South MEP, Deirdre Clune, has called for a new and improved legal system of migration for the EU where migrants can apply, in their own country, for EU Blue cards to work and live within the EU.

"We already have a blue card system in Europe that is similar in operation to that of the US Green card. This was initiated under the Blue Card directive of 2009 (Directive 2009/50/EC) and was due to be fully implemented by member states by June 2011. Ireland, the UK and Denmark are the only three member states who are not bound by the directive. The take up so far has been poor with Germany leading the charge - but still only issuing a mere 15,261 Blue Cards for skilled migrant workers in 2013. Meanwhile, Sweden, Greece, Cyprus and Austria issued none while Belgium, Hungary, Malta, the Netherlands, Portugal, Slovenia and Finland handed out five each or fewer.

"The Blue Card scheme should be expanded to cover all member states and should cover all sectors of employment, not just highly skilled technology workers. The EU should process Blue Card applications in all of their embassies abroad and in specialised application centers in countries that have a large migrant population intent on entering the EU. The system should be easy, free from administrative costs, uncomplicated and quick.

"The EU population is ageing. Experts predict that by 2060, there is expected to be about two working-aged people for every person over 65, down from four at the moment. Commission President Jean Claude Juncker has already said that the Commission will table a legal migration package including the revision of the Blue Card in March 2016. This is too late for a crisis that is continuing by the hour.

"Such a system would match the skills of migrants with the needs of particular sectors of the labor market within Europe.  Stephen McNally, president of the Irish Hotels Federation recently pointed to the fact that, once again, Irelands hospitality industry is struggling to fill up to 3,000 job vacancies. This has a knock on impact on tourism and our ability to handle a tourism market that has exploded with over 12% growth year on year.

"The Blue Card system would legalise the migration flow into Europe and distribute migrants and their families in accordance with where their skills are needed most in Europe.

"Frontex estimates that some 710,000 migrants have arrived in the EU this year alone. A proper legal system of migration would replace the haphazard and dangerous migration flow that has cost thousands of lives, including many children, since the crisis began. Many of these migrants are highly mobile, flexible, multilingual, motivated and willing to take risks. A legal system of migration, such as an expanded Blue Card system, would ease the migration crisis over time and help the European Economy as its population and workforce ages.

"I will be raising this issue directly with the European Commission.

Previous article Clune supports EU moves calling for an end to the death penalty Next article EU Funds of €237 million are mobilised to support 20,000 European SMEs