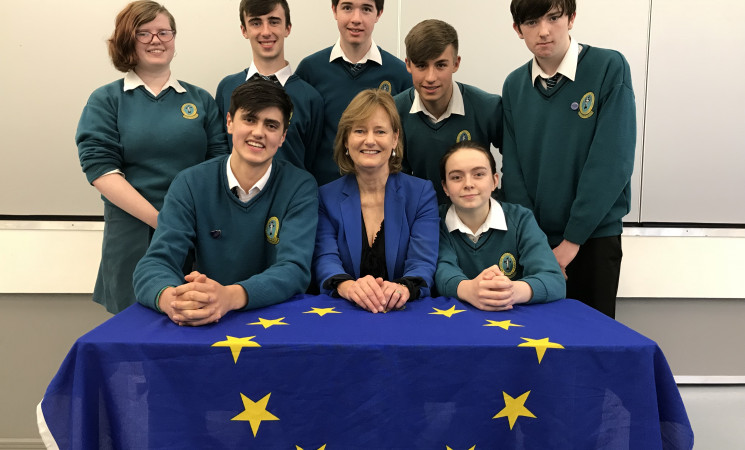 A scheme which was launched earlier this month offering 140 free Inter Rail tickets to 18 years olds in Ireland saw 2,524 people from Ireland apply for the tickets .

The aim of scheme is to get young people interested in Europe.

Today I welcomed the news that further 10,000 tickets are to be made available in the Autumn across Member States, including Ireland.

Across the EU 15,000 18-year-olds will be offered the opportunity to travel between one and four countries over the summer. All the quotas of travel passes in each Member State was reached which shows how popular a scheme like this is.

The DiscoverEU initiative say 15,000 18-year-olds have been selected to receive travel passes from more than 100,000 applications received.

The 15,000 recipients will now be contacted so they can book their trips. They will be travelling, either alone or in groups of a maximum of five people, for up to 30 days, visiting between one and four European destinations outside their home country. All trips will start between 9 July and 30 September 2018. As a general rule, the young people will be travelling by rail, with alternative modes of transport used in exceptional cases.

The allocation of the travel tickets is based on the share of Member States' population compared to the overall population of the European Union. For this round, the quota of travel passes per Member State was reached for all countries.

As 2018 is the European Year of Cultural Heritage, those travelling will have the chance to participate in the events being organised in the framework of the Year during the summer period. Before they start their trips, they will receive links to useful information on how to prepare their journeys and make the most out of them. This will include for instance tips on itineraries, smart use of the budget available for their trips and passengers' rights.

With a budget of €12 million in 2018, DiscoverEU is expected to give around 25,000 young people the opportunity to travel around Europe this year. A second application round with up to 10,000 tickets will take place in autumn 2018.

The European Commission intends to develop the initiative and has therefore included it in its proposal for the next Erasmus programme. If the European Parliament and the Council agree to the proposal, an additional 1.5 million 18 year olds are expected to be able to travel between 2021 and 2027, supported by a budget of €700 million during the new financial period.

DiscoverEU is an EU initiative based on a proposal from the European Parliament, which secured its funding for 2018 through a Preparatory Action. The initiative focuses on young people turning 18 as this marks a major step towards adulthood.

Previous article Ireland is at risk of becoming a one airport nation. Next article Request to Allow Flights Fly from Ireland During a French Air Traffic Strike