10 Infographics that explain the EU Parliament.... we hope

Home People 10 Infographics that explain the EU Parliament…. we hope 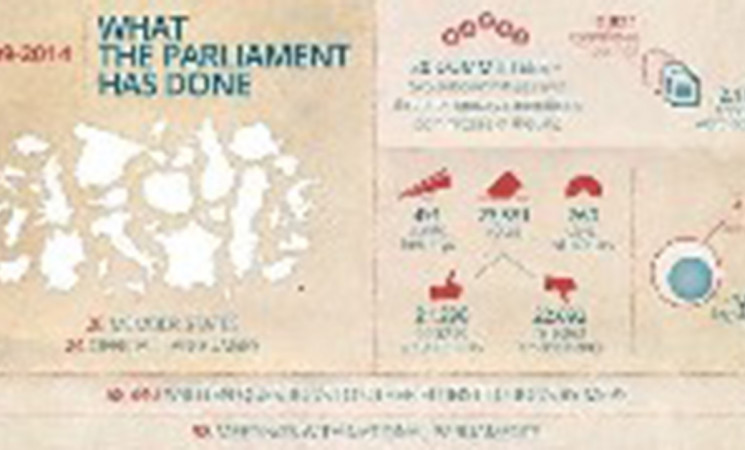 Infographs and GIFs seem to be good at getting the point across.

We have put them to the test by using them to try to explain the most confusing thing of all, the European Parliament.

Right, in order to do this properly, we need to start at the beginning....

....actually in second thoughts, I´ll just let you go that far back yourself (If you have a spare 3 hours)

On with the show!

So every country elects a certain amount of MEPs. In Ireland´s case, we elect 11. The Irish MEPs are made up of 4 Fine Gael, 4 Independents and 3 Sinn Fein.

The EU is made up of three main controlling bodies.

1. The Council: All the prime ministers of the European countries

3. The Parliament: Where you elect your MEPs to. Functions the same as any other parliament would.

All these different bodies intertwine with one another in a very interesting and utterly confusing manner.

During this process the commissioners have to come before the parliament and pretty much sell themselves in 5 hours or less. These are called the commissioner hearings.They´re a pretty big deal...

Here´s what a commissioner hearing looks like in 7 seconds.

The Commissioners tend to be former politicians. Some former MEPs, others Ministers from their own countries and a lot would have been former Prime Ministers.

So then after all the hoo-ha around the commissioner hearings and the parliament is happy with the choices, they vote!!

And so begins the next 5 year term in the EU Parliament where all of this happens:

and some of this:

You know you can actually come out and visit the EU Parliament??

Thats right! Just give us a bell here in the Deirdre Clune office (1890 989 533) and we shall explain all or pop us an email: deirdre.clune@europarl.europa.eu

Sure these lads had a great time when they were over!