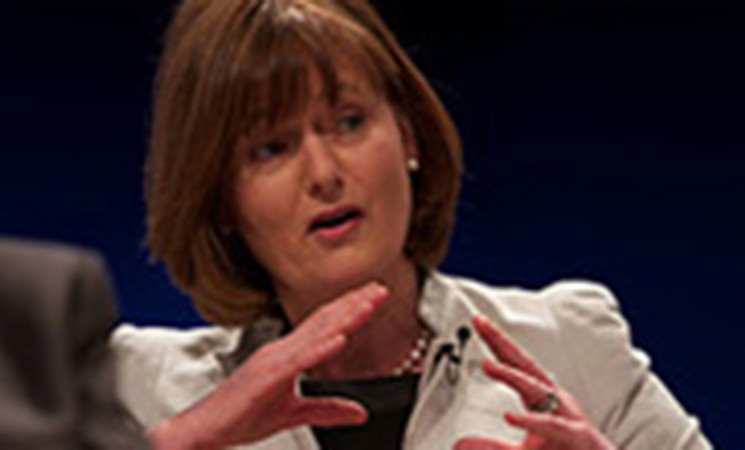 Fine Gael Ireland South European Candidate, Deirdre Clune, has welcomed the appointment of Minister Frances Fitzgerald as Minister for Justice and highlighted that with her appointment, women occupy the key posts in the areas of justice and law and order. Deirdre, however highlighted the need for an increased role for women in politics and business.

“With the appointment of Frances Fitzgerald as Minister for Justice, women now occupy the key posts in the area of justice and law and order. As well as Minister Fitzgerald as Justice Minister, we have a female Attorney General in Máire Whelan; Claire Loftus, the Director of Public Prosecutions; and Noirín O’Sullivan, who is currently Acting Garda Commissioner.

“As a female politician, I find it gratifying to see women being rewarded for their talent and hard work, especially in the area of law and order which has traditionally been a male dominated area.

“Having said that, I am very conscious of the need to increase female representation in Cabinet and more widely in Leinster House.

“Of the 181 people who have served in cabinet in the Republic of Ireland since 1922, only 12 have been women. Only 25 of the 166 Dáil seats are currently held by women.

“Ireland is in 109th position out of 190 nation-states in a global league table of women’s parliamentary representation. According to Transparency International, higher levels of women`s participation in public life are associated with lower levels of corruption.

“It is worth bearing in mind as we approach the local and European elections that women now only account for 16% of the members of local authorities. We need a greater focus on getting women on the ticket, elected and into powerful positions. This applies not only to politics but also in business. This is about equality, not some kind of partial equality or token gesture but real and lasting gender equality.

“I would also like to state that I believe that Alan Shatter has been an extremely industrious and effective Minister for Justice and I wish to pay tribute to him for the reforms implemented by him.”

Previous article Cork must get its fair share of economic recovery! - Clune Next article Clune to push for standard regulation for insurers across the EU after Setanta debacle