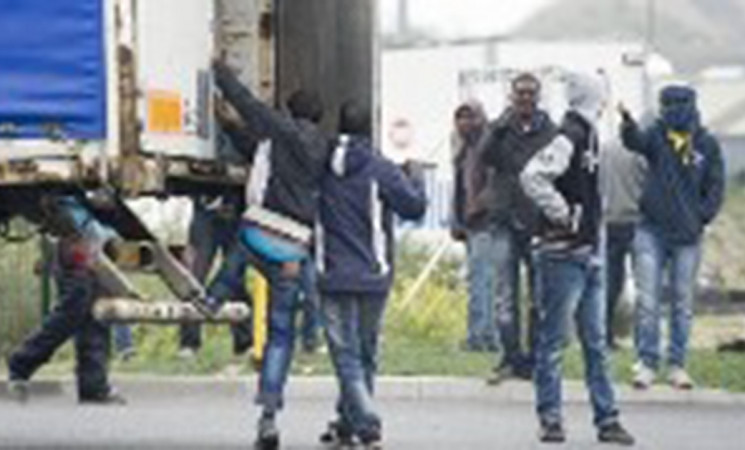 "Only a matter of time before someone is killed"

Fine Gael Ireland South MEP Deirdre Clune, the only Irish member on the EU Transport committee, has called on the French Government to protect Irish lorry drivers passing through the French port of Calais, and has put a parliamentary question to the European Commission asking them to take immediate action to tackle what is fast becoming a humanitarian crisis on our doorstep.

"During the last days and weeks, the situation in the French port of Calais has worsened with aid workers warning of 'catastrophic' scenes.  Nearly 7,500 illegal migrants – double the number from last year – have been caught trying to stow away on lorries and boats in the first six months of this year. 4000 migrants are based in a refugee camp near Calais, many of whom are attempting to cross into the UK on a nightly basis. The French authorities are not dealing with this situation, which is getting worse by the day.

"I raised the issue of Irish road haulage drivers today with my colleagues on the Transport Committee in the European Parliament. We have decided to take immediate action on the matter in the coming days.

"I have met with Verona Murphy, President of the Irish Road Haulage Association and owner of DrumMur Transport, recently in Wexford who told me of the difficulties facing Irish hauliers as they pass through the port of Calais. They are advising their drivers not to stop within 60 miles either side of Calais, which is difficult when you have to adhere to strict tacograph requirements. She has told me that the situation has escalated dramatically in the past 12 months and is costing the Irish haulage industry and threatening driver safety. She feels that it is "only a matter of time before someone is killed".

"Irish drivers are afraid for their lives as desperate migrants hell-bent on making the UK have been attacking them and their trucks in order to enter the UK. I have been told that migrants are breaking the closed doors and cutting the tarpaulin of lorries to gain access. The truck drivers are left in a helpless situation where they risk heavy fines and prosecution from the authorities in the UK if they are subsequently found with illegal immigrants on board.

"Many Irish hauliers already refuse to transport goods through Calais. I have asked the Commission what steps they plan to take to deal with this situation. The French need to ensure that we have undisturbed free movement of goods within the EU and that the humanitarian crisis with the illegal immigrants is dealt with. If the French need help to deal with the issue, then neighbouring EU states should lend their support to deal with what has become a crisis for both the EU Haulage industry but also, the illegal immigrants in Calais.