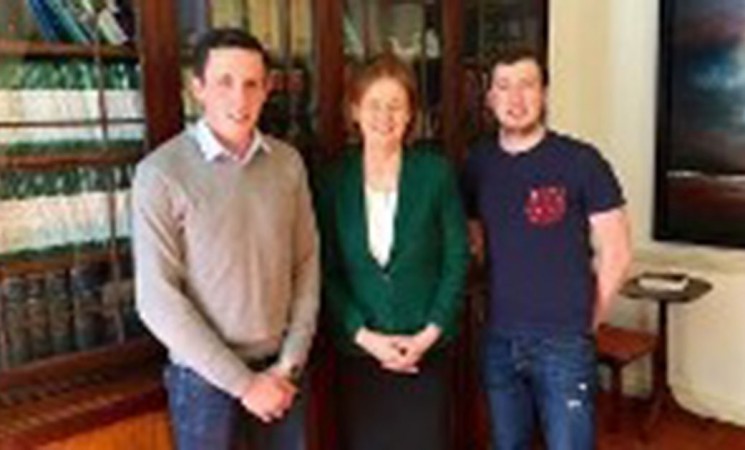 Following the meeting, the Ireland South MEP and member of the EU Employment committee described Pundit Arena as the kind of success story that shows how important it is that we invest in new home-grown start-ups.

Commenting on the fact that Pundit Arena is currently on track to double its workforce to 20 people in the coming months, Clune said that we must ensure that we continue to support young entrepreneurs like Richard and Ross to enable them to create sustainable local jobs in places like Cork.

“The role of the Local Enterprise office, Enterprise Ireland and other such supportive agencies are critical to enabling new start-ups to grow to a level where they can thrive and begin creating sustainable jobs. Our role as policy makers is to ensure that such start up face as little red tape but as much support as possible.

“Pundit Arena are creating high end jobs in Cork. This will have a knock on impact on the local Cork economy and will contribute to the recovery of our local economy.

Pundit Arena operates as a sports media platform that provides aspiring journalists and highly articulate fans with an audience to showcase their work. Founded in November 2013, Pundit Arena has recently raised a seed round of €650,000 from a collection of angel investors based both in Ireland and the United States.

Pundit Arena users have gone from a few hundred to more than 1.4 million in a very short period of time. The largest share of the site’s traffic now comes from the UK, closely followed by Ireland, with the USA, Australia and Canada making up the next-greatest shares.