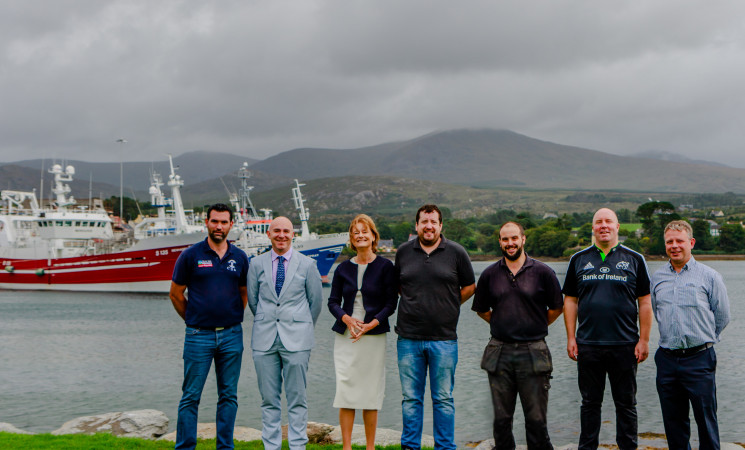 A multi-million euro project to extend the quay in Castletownbere has been part funded by the European Union. Ireland South MEP, Deirdre Clune visited Castletownbere this week to discuss the project and how it will develop.

The contract for the €23.5 million, 216m long quay development project and associated works on Dinish Island, Castletownbere was signed recently.

I visited Castletownbere recently and discussed the pier developments and the Port Reception Facilities Directive, a file she is dealing with at the European Parliament at the moment. It is aiming to deal with waste from boats ships and prevent dumping at sea. I also spoke with the Castletownbere Development Association and they gave her a full briefing on the proposals for the area including the traffic manage proposals under consideration which are hoping to alleviate traffic movements through the town.

The work I am doing at the European Parliament at the moment is aiming to ensure there will be a harmonised approach across Europe, with adequate waste facilities, especially for such a busy Port such as Castletownbere.

I am really please to see such significant investment in the area of Castletownbere. The development of the quay will be a major boost for those working in the area and I particularly welcome that it will enable major expansion in fish landings and onshore processing. It will also greatly enhance general marine activity.

The project has been proposed for part funding under Ireland’s European Maritime and Fisheries Fund Operational Programme, co-funded the Government of Ireland and the European Union.

This funding means that there will now be significant development in the local area and ensures that Ireland continues to be a major hub for marine activity. Once the project is completed it will mean that the new development will rival those around the world in terms of facilities. It will serve as a major boost to the fishing industry and local economy in West Cork.